In a highly competitive market, Raleigh is reaping the rewards of improved customer service and a more efficient transport operation having introduced Paragon route planning software for daily route planning in a delivery operation that involves 400,000 bicycles being transported to 1,100 retail outlets each year. With an implementation that took only two months and a payback period of less than a year, Raleigh is benefiting from an order cycle that has been reduced by one day, a 50% reduction in transport planning resources, a 9% increase in units per vehicle and a string of additional benefits.

Raleigh, the Nottingham based bicycle company and own account distribution operator, previously used a manual route planning system to schedule 150-200 daily deliveries from two depots to destinations throughout the UK. With the bicycle market becoming increasingly competitive Raleigh recognised the importance of reducing lead times to improve customer service. The answer was to implement route planning software to enable faster planning that would reduce the order cycle by 24 hours. Having tested several systems using live data, Raleigh found that only Paragon’s software could produce more efficient routes than their manual planners.

Paragon’s compatibility with Raleigh’s SOP system enables delivery information to be automatically downloaded to the PC operating the Paragon system. The Paragon software typically takes just two minutes to process the information, calculating a delivery schedule that takes account of order quantities, delivery addresses, vehicle capacities, promised delivery time windows, driver time constraints and driver work standards. The Paragon produced routes are then passed to the planning team for a final check before being automatically uploaded to the Warehouse Management system to drive the picking and loading processes – replacing a manual data-entry task that previously took two hours per day.

With planning time dramatically reduced, orders are processed more quickly and the overall delivery cycle has been cut from three days to two, representing a significant customer service improvement. In addition, Raleigh has also reported several sources of cost savings, including a 9% increase in vehicle utilisation, and reductions in spot hire transport, warehouse overtime, stockholding cost and administration resource. Consequently, Raleigh achieved a payback period of less than 12 months.

“We needed to install route planning software in order to reduce our lead times, but we weren’t prepared to compromise the efficiency of our manual planning”, comments Steve Wigley, Distribution Centre Manager. “Paragon was the only system that could produce more efficient routes than our manual ones. As a direct result of implementing the software our delivery operation is now more efficient than ever before. Vehicle utilisation has increased and the reduced order cycle has both improved customer service and led to a whole series of additional improvements. We hold a day’s less stock and on average we can invoice a day earlier – both of which give us a cash flow benefit. The shorter order cycle means our previous two day pre-weekend peak is now spread across an extra day, leading to less warehouse overtime and less use of costly emergency carriers. Our planners are happier too because there is less tedious administration activity – the implementation has been a resounding success!” 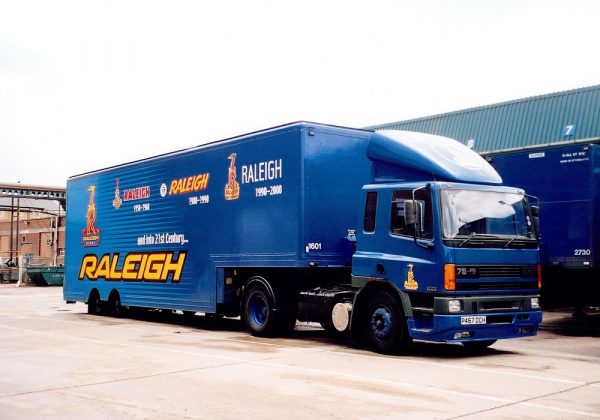