Improved routing and scheduling delivers savings in miles and time

Paragon was implemented in July across CBBC’s operations, bringing efficiencies to delivery operations in the densely-populated Dallas region, as well as Florida and Oklahoma. The company has already seen positive results. “We’ve been able to streamline operations substantially, saving mileage and fuel, plus we are able to do more with fewer drivers,” said Grant Hoppie, Colorado Boxed Beef’s Transportation Manager, based in Dallas, TX.

CBBC makes more than 1,000 deliveries per week out of its Dallas-area facility, using 20 tractors and 25 drivers, with a total of 6,000 deliveries a week company-wide. The branded product lines it distributes include High River Angus beef and Diamond Reef seafood. Customers range from supermarkets and restaurants to cruise companies, military bases and schools, and they all have very different delivery requirements. One thing most have in common, however, is the requirement to meet very strict, very tight delivery windows because of the time-sensitive nature of food operations. It’s essential that deliveries arrive promptly so that meals can be prepared on time or food is available when consumers want to shop.

Previously, routing for CBBC’s ever-changing pattern of orders was handled using an AS 400 system, which routed individual orders exactly the same way each time, leaving no flexibility for CBBC to cope with fluctuations in order volumes. Now, often, the software’s algorithms plot hyper-efficient routes that CBBC “hadn’t thought of” before, Hoppie said. Paragon’s routing software also allows drivers and dispatchers to enter information about specific delivery locations and individual customer needs, to bring continuous improvement to the routing process.

“We’re delighted that Colorado Boxed Beef has found such immediate benefits from adopting Paragon’s route planning software,” said Paragon CEO, Will Salter. “We’re also eager to see the ongoing improvements to routing and scheduling efficiency they will gain over time.”

As well as saving time and miles, CBBC found the Paragon system was remarkably easy to get operational. “It was much easier than I ever anticipated to implement. Gathering our own data to give to Paragon was really the only challenge, and aside from that, it was surprising how easily the integration went,” Hoppie said. One particularly notable benefit was a positive reaction from delivery drivers. “They say the route plan makes more sense, now.”

CBBC will be adding Paragon Route Execution in the near future to link the route planning software with its telematics solution. This will allow the company to compare planned vs actual routes, adding to the ongoing improvement in routing efficiency, as well as providing the ability to easily track progress of KPIs such as on-time delivery. 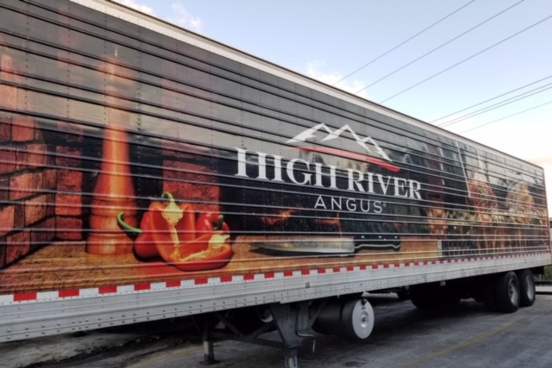 Paragon Software Systems, Inc., based in Dallas, Texas, is a leading provider of truck routing and scheduling software solutions. Paragon’s advanced planning systems have been proven to cut transportation costs and improve efficiency across a wide range of distribution operation types and industry sectors.