Glanbia plc, the international nutritional ingredients and cheese group, headquartered in Ireland, has saved 16% in delivery costs and paid back its investment within 6 months by using Paragon’s transportation optimization system.

Glanbia’s transportation challenge involves daily planning and optimizing of same day direct to store deliveries that have a narrow two-hour 6am to 8am delivery window and Coldbox depot deliveries between 4pm and 6am the following day.

The dairy operation runs six days a week between 6am and 10pm from the Ballitore, Co. Kildare distribution centre. It supplies major retailers and 145 agents, who are subcontracted to distribute Glanbia products from the Coldbox locations. With more than 4,500 weekly deliveries across 136 routes, serviced by nine hauliers and contending with more than 250 individual delivery windows, Glanbia was keen to see how Paragon could improve the operation and improve efficiencies wherever possible.

The company went live with the transportation optimization solution in September 2009, allowing it to remove three trucks from its fleet with a further two vehicles retired from service through recalibrating the routes and schedules, reducing their delivery costs by 16%.

Having first set up the base case with information about DCs, agents, hauliers and customers to model the current routes and costs, Glanbia was then able to try out various scenarios aimed at improving efficiencies. Several options were tested involving more flexible delivery times for Coldbox locations, and the greatest efficiencies came from standardizing Coldbox time windows at a regional level, whilst combining Coldbox deliveries with time-constrained direct store deliveries. As a result, routing efficiencies yielded a 15% gain in vehicle utilization, a 10% drop in routes per week, improved service levels and a fuel reduction equating to over 100 tonnes of CO2 per year.

“It’s really important that we make the best use of our vehicle fleet and that loads are maximized and routes optimized. Paragon gives us the power to do that and, when used in conjunction with our SAP business software, has resulted in efficiency gains across our dairy product delivery operation which spans the entire Republic of Ireland.” Paul Devlin, Consumer Foods Ireland Senior Route Planner, Glanbia

“Using the routes designed by Paragon we can easily recognize where improvements can be made and implement them. With the constant increase in fuel costs and the drive to reduce our transportation carbon footprint, we have been able to make significant reductions in usage and emissions while improving efficiencies of our delivery operation.” Denis Conway, National Logistics Manager, Glanbia Consumer Foods Ireland 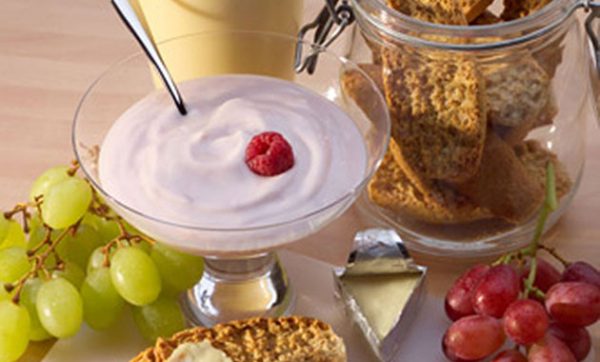