Convinced that better use could be made of its vast fleet and 10-strong planning team Argos Direct conducted a series of comparison tests to replace its previous planning system, pitting Paragon against competitor systems. In addition to efficient transport plans it was looking for reliability and scalability – the operation involves the delivery of orders from 650 Argos stores, 34 million catalogs and millions of online shoppers. Paragon was selected and rolled out across all 30 depots.

Argos Direct uses three Paragon systems in two shifts at its national operations center in Stafford to automatically route and schedule the entire fleet. In addition to the improved efficiency of these routes, Argos Direct has noted the positive impact of Paragon’s maps on actual delivery performance. By using HERE’s (formerly NAVTEQ) street level data, Paragon’s routes automatically take account of factors such as one-way roads and turning restrictions which is vital to ensure routes are practical and delays are avoided.

“In a large business such as ours, the performance gains that Paragon gives us – such as improved miles per drop, improved hours per drop and improved vehicle utilization – represent a substantial financial saving. At the same time, Paragon has had a tangible impact on the quality of our customer service. Its schedules are more accurate and consistent which is a huge bonus for home delivery, enabling us to improve delivery to timeslot.” Ian Anderson of Argos Direct. 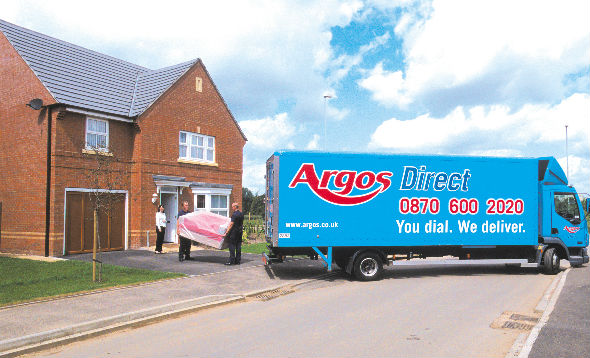