You are currently viewing the International version of this website. We have detected the US version may be more relevant based on your location.

Switch to US version
All Press releases

Noble Foods, supplier of fresh eggs to the UK’s major retailers, has selected Paragon Software Systems’ Integrated Fleets planning solution as its strategic modelling tool of choice.  The Paragon software will be used to help Noble Foods streamline its distribution operation which sees 72 million eggs being delivered every week.

In a retail egg market worth £900 million a year, Noble Foods operates seven days a week out of seven sites, collecting eggs from more than 470 locations throughout England, Scotland and Wales.  Each week at its two packing centres in Lincolnshire and Fife, Noble Foods grades, packs and delivers more than 72 million eggs to major retailers and regional distribution centres.

With its fleet of more than 160 temperature controlled vehicles covering eleven million kilometres every year and consuming three million litres of fuel, Noble Foods needed to upgrade its manual fleet scheduling system which was managed locally for each region.

Paragon Integrated Fleets enables vehicles at multiple sites to be treated as a single integrated transport resource, so that movements to and from different depots can be combined into efficient routes that reduce overall empty running.  It generates route plans with efficient backloads, which increases asset utilisation, improves productivity and reduces empty mileage.

The system enables Noble Foods to feed information into the Paragon routing and scheduling solution and make informed decisions about where each vehicle will be based, which vehicles will collect from which locations, and which will distribute to which outlets.  It creates schedules for each region and it also allows the company to run theoretical models, taking into account its planned move to a new depot in Oxfordshire.

“Paragon Integrated Fleets allows us to model a complete change in our operations. The move to a new depot means new transport operations, and the Paragon solution enables us to see the bigger picture, look at different scenarios and optimise the planning around that,” said Michael Tucker, Transport Controller at Noble Foods. “As a strategic planning tool, it was quick to implement and easy to use.” 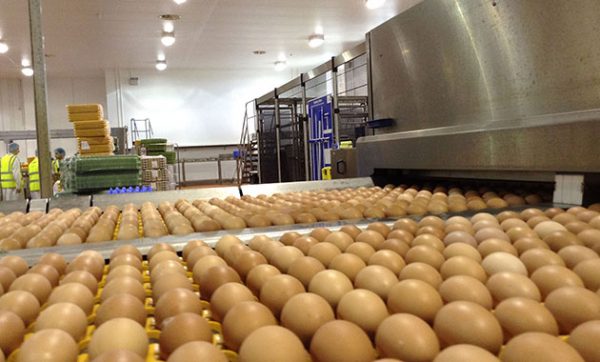