Paragon is used for the live scheduling of 30 vehicles from Octavian’s extensive wine cellars deep in the Wiltshire countryside, delivering to over 1,200 customers for consignees ranging from restaurants, hotels, pubs and clubs to individual fine wine investors. Paragon’s vehicle routing and scheduling software not only overcomes every constraint, it has also broadened Octavian’s horizons by providing more varied routes.

Paragon plans London deliveries separately which means Octavian can offer a late order cut-off time for customers within the M25. Octavian used to have a London depot and the feeling was that Paragon might not cope with complex city routing ­but its effectiveness has exceeded all expectations. “This is important for us,” explains transport manager of Octavian, Mike Sankey, “it means we can compete on a level playing field with companies in the capital. Paragon definitely contributes to the market edge which was the initial impetus for its implementation.”

Orders start coming into Octavian’s order tracking system from 0900 hours. Those required for delivery are selected and allocated a Paragon time-slot according to when the order must be delivered. With such a diverse client base ­delivering anything from a single case of vintage wine to a bulk order for a top London hotel ­time constraints vary enormously.

Mike Sankey admits that, “because of this complexity I wasn’t convinced Paragon was up to the job when it was first implemented. I decided to spend a month trying to make it work, believing it would fall flat on its face. I ended up proving myself wrong ­and I’ve never looked back!”

Once it receives the order files at 1400 hours each day, Paragon produces the next day’s local delivery plans, and load sheets are sent to the warehouse for overnight assembly. “Paragon’s plans not only meet every constraint, they have also broadened our horizons by producing more varied routes,” explains Mike Sankey. “That’s not to say we don’t tweak the plans. We do, involving drivers so that their knowledge of local conditions or an early-bird cellarman can help us refine them.”

In addition to its live daily use at Octavian, Paragon’s vehicle routing and scheduling software is also used as a modelling tool to plan vehicle needs and has helped to overcome a historical bias towards 17 and 7.5 tonne trucks. As a result Octavian is now reaping the cost benefits of operating a more efficient fleet and also uses Paragon’s analysis reports to improve factors such as driving efficiency. 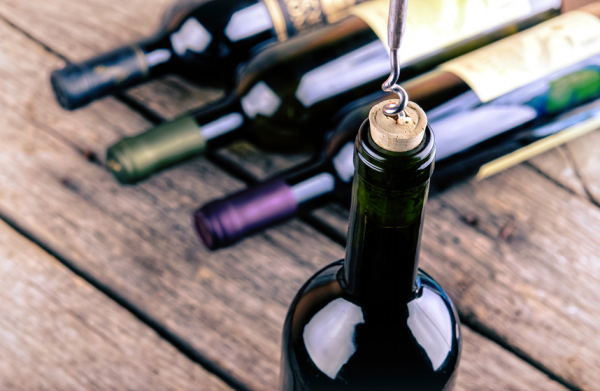