John Lewis, the leading retailer renowned for its commitment to customer service, has doubled its reliance on Paragon route optimisation software.

As well as developing strategic schedules, the system is now also used for operational daily planning. It is a complete solution that is not only overcoming long-standing problems but also supporting long-term business growth.

John Lewis increased  contribution of Paragon’s route optimisation software to its 30-shop countrywide distribution operation following four-way competitor trials. When these proved Paragon to be the only system capable of meeting operational needs, it was introduced to route extra deliveries outside the core schedule. By using Paragon operationally, as well as strategically, John Lewis expected transport costs to be reduced, and this has proved to be the case. Planning over 800 loads per week during peak-times, and 640 off-peak, the introduction of Paragon has resulted in a significant cut in the number of loads required to maintain business volumes.

These statistics are testament to Paragon’s Integrated Fleets technology facilitating the effective inter-working of vehicle movements between five distribution centers – each housing different product groups – and the network of shops. But this is only part of the picture, the rest being best viewed at the shops themselves. Here Paragon’s plans have made troublesome and time-consuming vehicle queues a thing of the past and accurate stock delivery details ever-present for the benefit of staff and customers.

These details are the result of a process that begins with shop delivery requests being logged into John Lewis’s in-house system which prepares them for input into Paragon. The Paragon Integrated Fleets system is used to plan the 74 tractor units and 200 trailers as a single resource to help realise the benefits of backhauling and cross-depot working. The plan is completed by lunchtime and by 2pm at the latest, next-day schedules are released to depots for picking and to shops for advance information purposes.

“Our shops now know what they are getting when and that goods will arrive when they’re told they will. Significantly for the company, our implementation of Paragon has also meant that at a time when business has grown by 3% not only have we not required extra vehicles, we’ve actually cut total loads by 5% – an overall efficiency gain of 8%.” Vince O’Sullivan, Manager of Transport Planning & Distribution, John Lewis 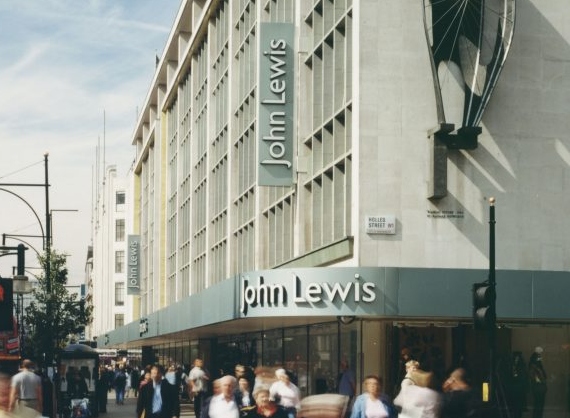